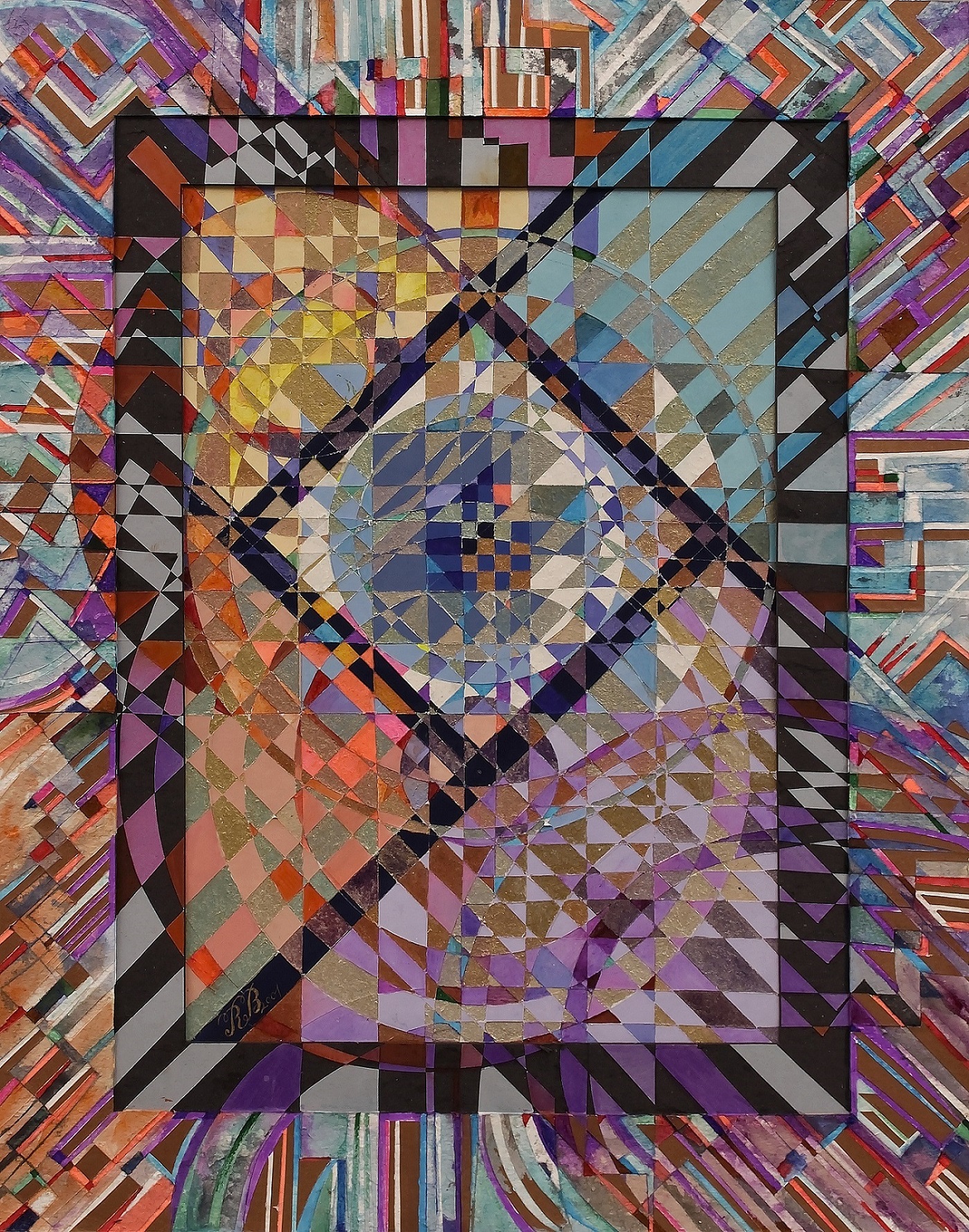 “Art is a type of prism through which we look at the world, it is never entirely personal. This zone field of our personal culture, which like a nucleus develops it into individual palettes, is … in the early periods…and remains almost unchanged through all the life of the person”. Baltova, 2007, p.65, p.88

The possibilities of the passé partout for opening the space boundaries of the drawing are a challenge for the work of art and its author.

The passé partout is an expression of the environment, a kind of a home for each artistic image. Quiet, non-intimidating, in harmony with the theme, mood and the meaning accents of the painting, the passé partout is present and absent at the same time. Its characteristic varies – coordinated in two directions: in – towards the main image, and out – towards the frame. This flexible, diplomatic and discrete “servant of two masters” from one moment had started to have a new role in Rumyanka Bozhkova’s projects.

The passé partout, compliant with the listed requirements, is very expressively present in the project “Drawings in Depth”. The base on which the main image is made is also the base of the passé partout zones. The change of their color and number helps to increase the sense of staging area. The depth of the drawing in the work – in and out – is emphasized by the accumulation of framing bands. The gradation – of color, format and texture (smoother or more embossed) contributes the artistic suggestion of the theme of the painting. In that consists the new role passé partout: to be a coauthor in a desired level both to the artist and to the work of art.

Moreover, while creating the main drawing, the shape-defining lines continue on the passé partout area around the painting, leading the quieting gesture of the cutter or the brush towards the frame. Depending on the artist’s idea the raster that had organized the accent, meaning and the suggestion of the painting, change imperceptibly in the passé partout, accomplishing a sense of quietness, proof and a completed phrase. As in a music piece – the voices of the different instruments repeat the theme in different tempo, a so-to-say color, and intensity – the drawing pours calmed pressures into the passé partout, introduces and leads away the eye of the viewer into and out-of the “hall of the drawing spectacle.”

As a beginning radiation from the embedded information, or a preparing concentration of the attention, the passé partout appears as an artistic annotation, which leads toward the nucleus of the author’s idea. In that sense the artist expands or thickens the drawing lines, preparing his audience for co-experiencing, rationalizing and withdrawal in empathy or questioning.

The environmental space area appears as a passé partout for each architectural problem both in the exterior and the interior.

It is because of this that the discussion of the visual completion of the original work is very needed for the future work of the students of the Architecture program. The comparison of “positive”, meaning present volumes, and “negative” – absent volumes, gives characterization of architecture, a possibility for a clearer understanding, brighter presence, a more natural visualization and inscription in the common ensemble of the corresponding natural or urban given object.